What a busy and cold week. I hope you were able to stay warm and safe.

I am hopeful that our summary helps to explain the services provided over the past several days but if you have any questions please feel free to give us a call.

02/13/21
In the early morning hours of Saturday, 2/13/21, we received almost an inch of very dry snow. This snow was not forecast and caught most of the street departments off guard. The temperature at the time was only 4 degrees so the ice melt products that were already on the ground were minimally effective. The snow therefore covered both concrete and asphalt surfaces. We inspected properties at 3:30am and determined that given the temperature and snowfall rate additional treatments would not be beneficial. By 9am the snowfall rate had declined and the ice melt products were starting to catch up. Although the sky remained mostly cloud covered, the moments of sun significantly aided the melt process. We inspected your property and cleared the snow if necessary and applied ice melt products if necessary. There was a significant difference between each property due to the quality of the surface, sun exposure, and drifting conditions. While there was very light snow throughout the day, no additional treatments were necessary to maintain safe conditions.

On 2/14/21 The forecast called for bitterly cold temperatures all day. The morning low was a frigid zero degrees. The forecast called for light snow through the day accumulating to about a quarter inch by nightfall, at which time the snow rate would increase significantly. Sunny skies prevailed for most of the day and the snow stayed away until well after dark. As of the 5:30pm update, the forecast for 2/15/21 was for 7.1 inches of snow throughout the day and into the late evening hours. See the forecast below. Not shown is another storm forecast to bring another several inches to the area on Wednesday & Thursday.

A prolonged period of well below normal and at times record temperatures and light snowfall events culminated in a classic winter storm on Presidents Day that brought up to 10-12 inches of snow to the county warning area. An anomalously cold Arctic air mass had engulfed the region for a week prior to this event, keeping temperatures below freezing. A renewed shot of Arctic air surged into the area over the weekend, and temperatures struggled to make it out of the single digits Sunday and Monday, with lows dropping below zero. Deep atmospheric lift provided by coupled upper-level jet streaks, an approaching mid-level trough, and mid-level frontogenesis took advantage of modest Gulf moisture moving north into the mid-Mississippi Valley to produce snow, heavy at times, Monday the 15th of February. The highest snowfall amounts occurred in east-central and southeast Missouri and southern Illinois where stout lift and the highest moisture resided. 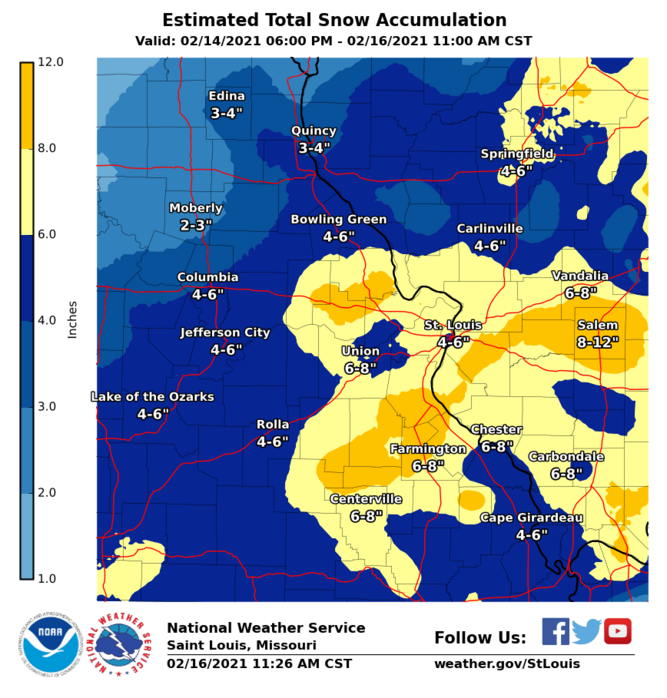 02/15/21
The storm held off until after midnight. By 3am on the 15th there was about an inch on the ground and the snowfall rate was increasing. There were a few strong waves including one from about 1 until 3am, and another much more significant wave that lasted most of the afternoon. We cleared all properties in the early morning and salted to keep them safe through the morning hours since snow rates would be low during this time. As the snowfall rate increased in the afternoon we determined salt would not be effective due to the bitter temperature and accumulation rates. We therefore did not treat through the afternoon and allowed the snow to accumulate. Snow began to diminish in the early evening and stopped by about 9pm. Since the snow had diminished greatly we cleared all commercial properties at this time. Due to the significant wind and dry snow there was significant drifting. Some areas that were cleared overnight required additional treatments in the morning. In total we received 6-8 inches of accumulation through the day.

On 2/16/21 We inspected properties 3am - 5am. There were some areas that were recovered due to the blowing snow mentioned above. Due to the low temp of -2 deg, chemical ice melts were minimally effective. The treatments softened the snow to a slush consistency but did not melt it to water. We therefore did not add additional treatments at that time. Shortly after sunrise, the temperature began to rise slightly and treatments were starting to be more effective. By 9am the sun was warming affected surfaces. Through the day all treated surfaces melted effectively.

2/17/21 Forecast.
The forecast has been all over the place for this next 'event'. NWS called for 1.4 inches through the day on Wednesday. At one point the forecast was for over 4 inches. Temperature forecast ranged from 9-18 deg with 100% sky cover. There was some granular salt on the ground with salt residue present everywhere. Due to the uncertainty in the forecast, and the existing salt residue present, no additional treatments were needed before this next snow.

2/17/21
As of the early morning hours of 2/17/21 the forecast called for 1.4 inches of snow throughout the day. The snow was supposed to start at about 8am and continue into early afternoon. We inspected each site in the early morning hours and determined there was sufficient residual salt on the ground at most properties to melt the early snow accumulation. The snow started about when expected and quickly accumulated on both treated and untreated surfaces. Most areas were able to recover when the snow slowed a couple hours later. In total we received about 3/4 of an inch of snow. We inspected each property and only treated it if it was necessary to provide sufficient control. Some sidewalk areas were completely covered in snow and others were just partially covered. If necessary we shoveled these areas, but since there was minimal snow we elected to not bill for the service. In the afternoon the sky was clear so the sun was very effective in clearing any residual snow.

02/18/21
We thought the 17th was going to be the end of the snow for the week but Mother Nature had other plans. The forecast was clear but we checked site conditions each morning anyway. On the morning of the 18th, we found there was about 3/4 of an inch of snow by 4am. We dispatched our crews and inspected each property. Most properties were snow covered so we shoveled and/or treated accordingly. The snow was finished by about 7am and the treatments performed effectively lasted through the rest of the morning. The sky was again clear during the day so the sun was able to melt off any residual snow accumulation.

As of the time of writing this there is no more snow forecast for the next several days. Hopefully this week will prove to be the grand finale for the season. 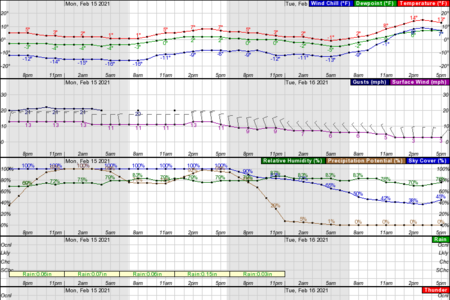 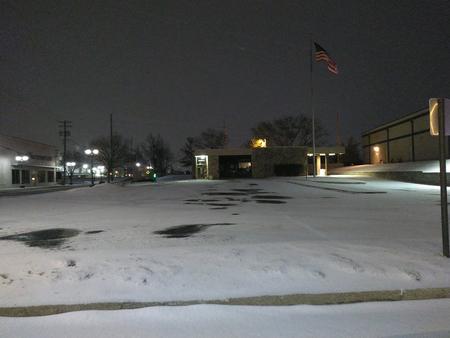